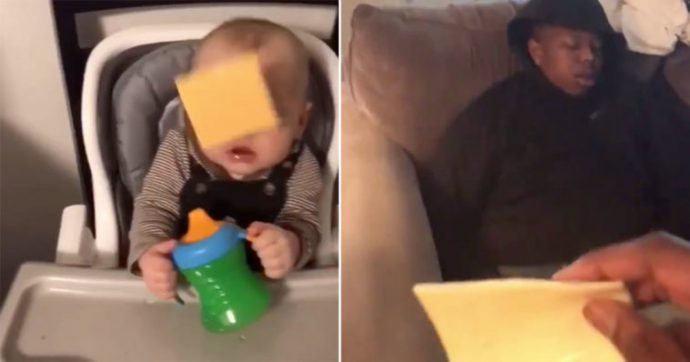 Momo Challenge? Tide Pod Challenge? Meet the Cheesing Challenge, where people record themselves tossing cheese onto the faces of unsuspecting victims, typically babies and little children, but sometimes even more (see how it has evolved at the bottom). These videos speak for themselves …

I sent my mom a dm of somebody “cheesing” a kid. This is what I got back… pic.twitter.com/qHh2SoDKVW

Had to cheese lil Bro one time for his birthday 💀😂 pic.twitter.com/J40v7GgS0d

And even a poor, unsuspecting cat …

I guess i did it to my old cat too😂 pic.twitter.com/uEPtOzjeaO