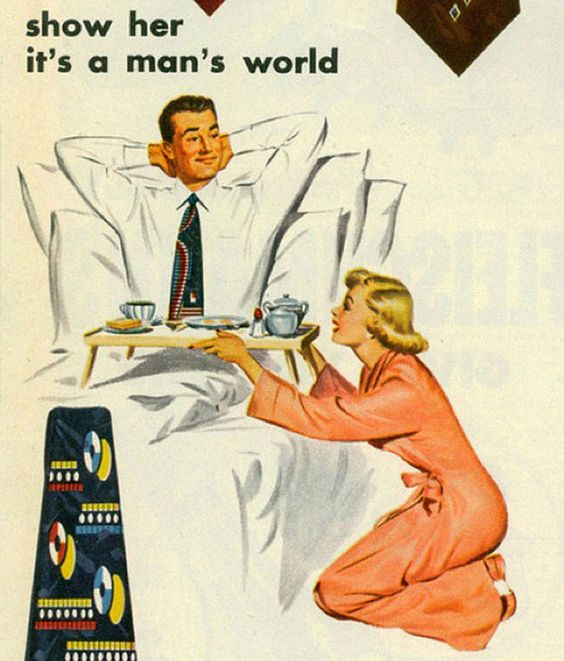 1. Show her it’s a man’s world by having your subservient wife crouch and serve you breakfast in bed while you relax in your business casual attire. What is particularly hilarious is that I think this is an advertisement for snazzy neckties. 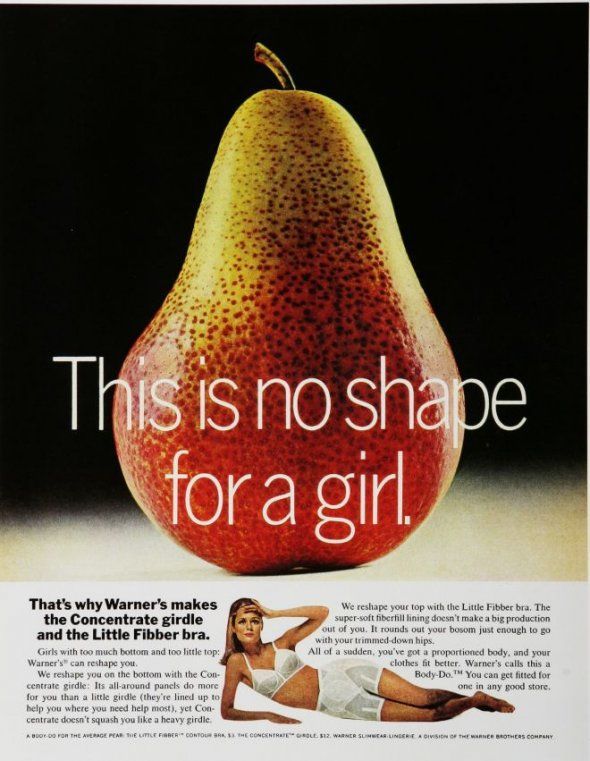 2. A pear is no shape for a girl and the easy reshape fix is Warner’s Concentrate girdle and the Little Fibber bra. It’s called the “Body-Do” (trademarked). 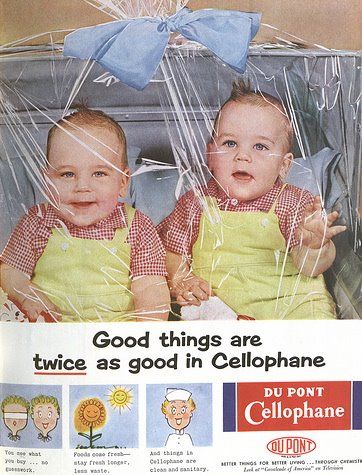 3. Good things, particularly a pair of twin babies, are twice as good in Cellophane!
I suppose this was before the surgeon general required “will suffocate small children” warning labels. Gotta love the baby blue bow-tie and matching outfits, nice touch, Du Pont. 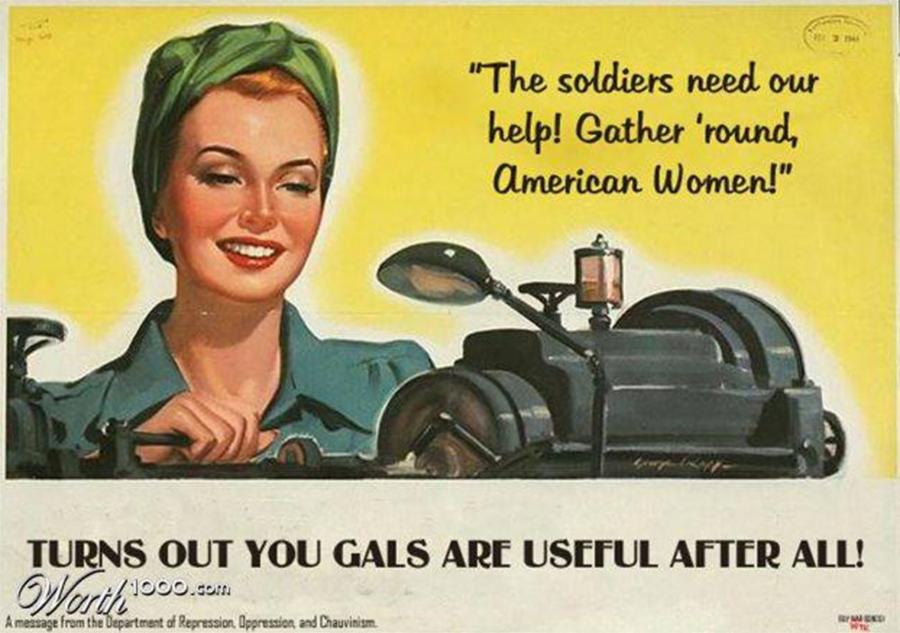 4. Turns out you gals are useful after all! Now this is a great leap forward for the women’s movement and the self-esteem of women everywhere. Note the message sponsor in the bottom left, most likely added much later. 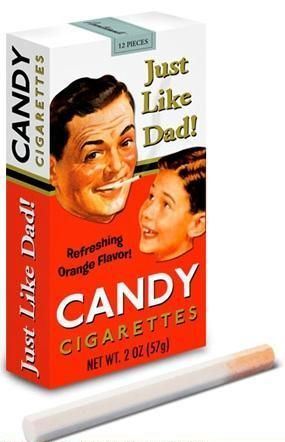 5. I actually remember these candy cigarettes. Now you can be just like dad! I wish real cigarettes had refreshing orange flavor as well. 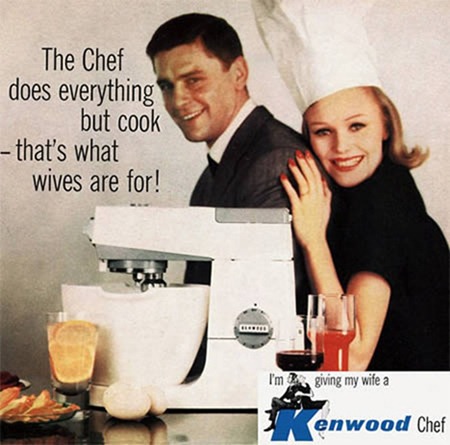 6. The Kenwood Chef does everything but cook – that’s what wives are for! Housewife in chef hat not included. 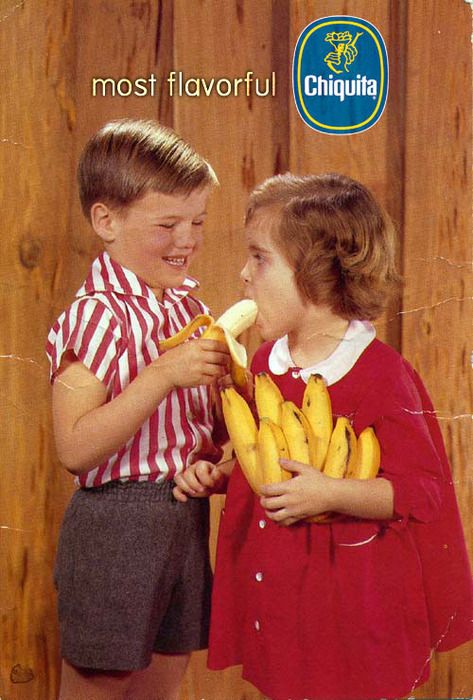 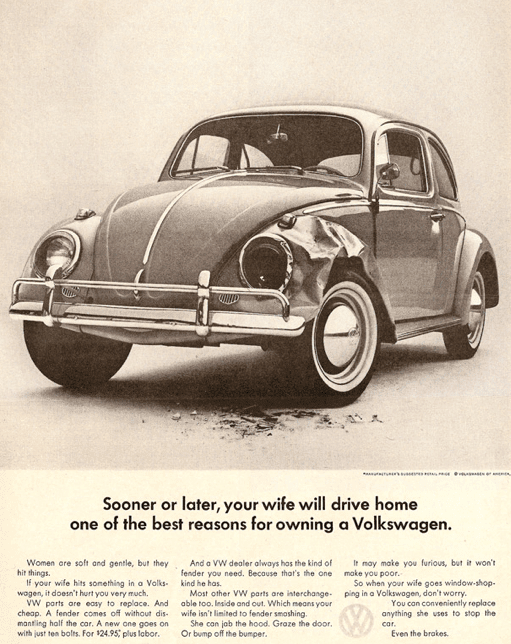 8. Sooner or later, your wife will drive home and that’s one of the best reasons for owning a Volkswagen. Let’s admit it, women are soft and gentle, but they hit things. 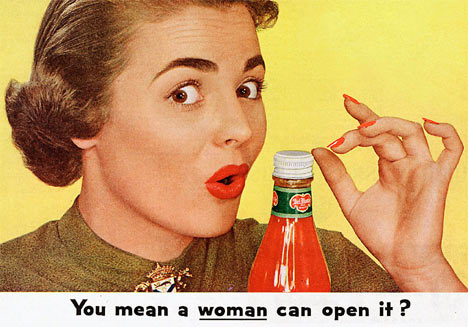 9. A ketchup bottle so easy to open that a woman can open it. Her wide open mouth expression looks like she’s hungry for a Chiquita banana as well.