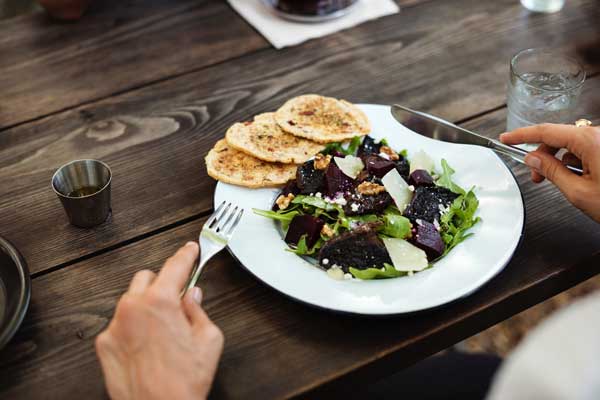 A restaurant in the Illinois area near Chicago is experiencing major success after making one key change in their offering. The Beacon Tap (located in Des Plaines, Illinois) announced a new deal to encourage customers to get take-out or delivery (since dining in has been banned in Illinois).

Customers were offered a free roll of toilet paper with every delivery or take-out order, WMAQ-TV reports. The creative move comes amid a nationwide shortage of toilet paper. And it is going gangbusters.

“We had an extraordinary day yesterday, which was mind-blowing,” Tommy Riemer, the restaurant’s general manager, told WMAQ-TV the day after he announced the deal. “I’m at a loss really. It hit a lot of us yesterday that we were working. We were able to bring in extra employees yesterday because we were so busy and it was really awesome.”

After a meeting to discuss the current situation, a colleague suggested they offered free toilet paper rolls to customers.

“I immediately made a phone call to [our toilet paper supplier] … and ordered as much as I could so we could offer it to customers as a little comic relief,” he told WMAQ-TV.

Riemer ordered 300 rolls immediately from his supplier and began advertising on Facebook that he’d deliver them on any take-out order as well as on deliveries within a 6-mile radius.

We’re delivering within a 6 mile radius! Give us a call today!

The deal came at a crucial time for the Beacon Tap with a statewide order that forced all restaurants to close their dine-in services on March 16.

“It’s scary for a lot of people,” Riemer said of the new rule. “They say two weeks. We all know it’s not going to be two weeks. It’s definitely going to be longer and we have to be set up and prepared for it and everyone needs to support one another.”

For now, the Beacon Tap has been fulfilling a significantly increased amount of take-out orders and deliveries, in not small part to their creative thinking, and not only that, he his helping customers get the toilet paper they are in need of in these tough times.

“We’re all just trying to do what we can to help each other out,” Riemer said.